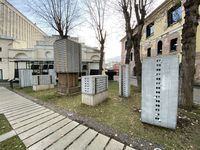 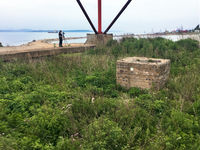 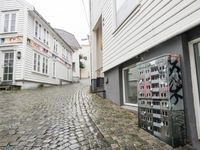 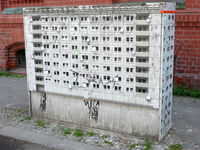 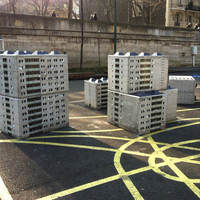 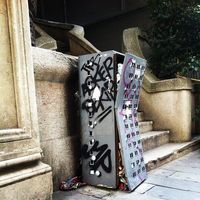 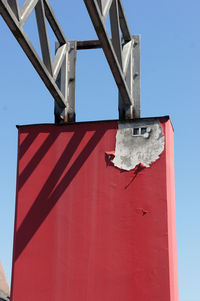 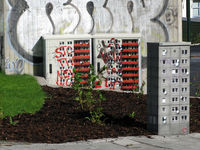 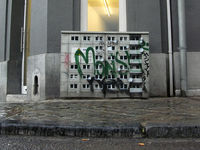 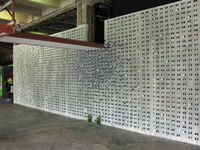 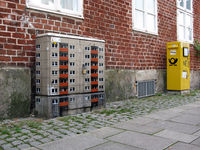 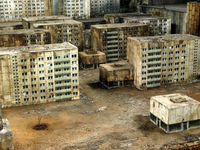 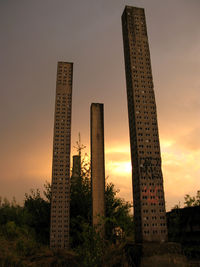 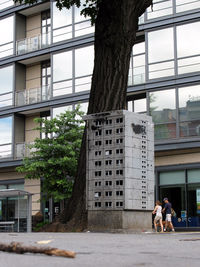 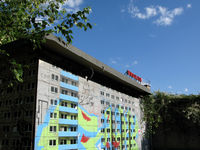 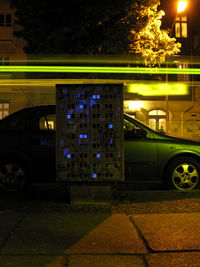 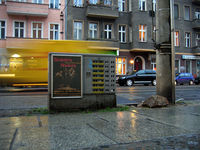 Located at Alexanderplatz, the 'Centrum Warenhaus' once was the biggest department store in Eastern Berlin. It was a political antipode to the Western Berlin 'Kaufhaus des Westens'. After the wall came down, a western company moved in -'Kaufhof'. A few years later the beautiful and characteristic aluminium facade was removed to 'improve the appearance' of the new city center. The former seat of the GDR government, "Palast der Republik", had to follow soon and is planned to be replaced by the replica of a building that was torn down after World War II by the socialist regime.
Some people really feel the strong need to rewrite history on their own behalves ... 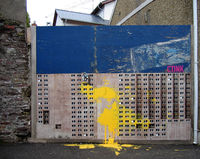 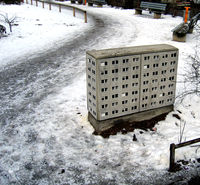